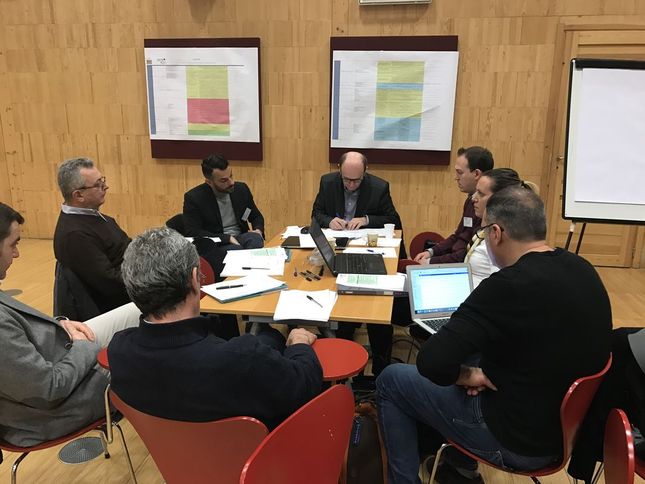 with representatives of the University of Cyprus and Sardegna Region

The StoRES project is one of the six GREENCAP modular projects, that aims to increase the PV penetration in the energy mix of islands and rural areas in the MED by integrating PV and energy storage systems under an optimal market policy by removing the constraints of grid reliability and RES intermittency. The GREENCAP initiative is a MED Horizontal project whose overall objective is to valorise and capitalize the technical and scientific integrated results of the modular projects community in the Renewable Energy Sources field within the Mediterranean area, particularly in the islands and rural districts.

The GREENCAP synergies were initiated at the kick-off meeting of the project in Torino on the 8th and 9th of March, 2017. The StoRES project joined the meeting with representatives of the Research Centre for Sustainable Energy (FOSS) of the University of Cyprus. During the kick-off meeting, all of the Horizontal GREENCAP projects were introduced and provided an overview of the activities that will be developed in support of all the modular projects.

All news
Back to top